An advantage of living in France for a bike nut is that one is never too far from a race, be it amateur or professional. I like to watch at least one race per season, and a few weeks ago managed to get across to Aix-en-Provence with a couple of cycling pals for the time trial of the Paris-Nice stage race. We spent the morning at the start wandering around the team vehicles, watching the mechanics get the machines out of the buses and getting up close to watch the fine tuning and last minute preparation of the bikes. Although they must get sick of being asked the same questions by the public at a time when they're obviously so busy, some of the mechanics are happy enough to chat for a while. After lunch we got out on the course to watch the riders. Unfortunately, the only conveniant spot was on a slight downhill stretch with a following wind! The speed they were doing was phenomenal, so we only saw them aproaching, then a low swooosh as they went by and disappeared round a curve. Mind you, I got some great "speed" shots which might well be worked up into paintings some time soon!

Hmmmm....the captions are all over the bloody place despite trying different corrections. I suppose cheap blog software has it's limits, or maybe there's a tweak I must learn....... 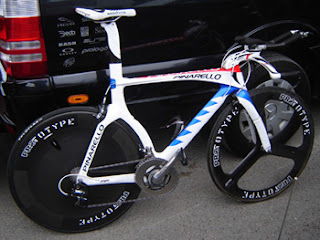 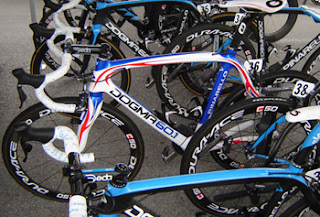 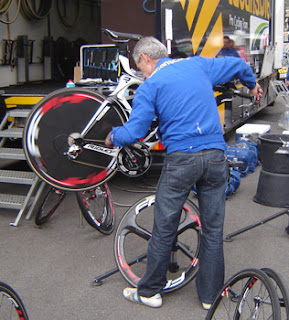 up close with the mechanics 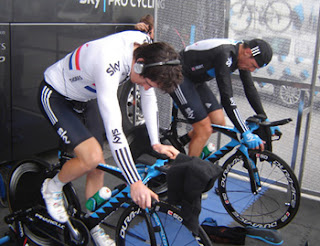 Geraint and Jeremy Hunt warming up 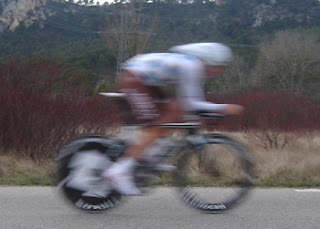 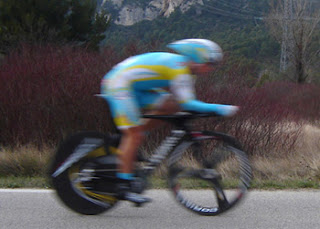 Alan Kinsey
France
Riding bikes and painting pictures. email me from the contact page of my site alankinsey.com